This sophisticated and stylish kitchen, with its emphasis on quality fittings and appliances, is perfect for entertaining; in bringing together architectural detail and streamlined design, Lee Hardcastle from Enigma Interiors, Queensland’s most awarded kitchen company, has created a multi-purpose space for his client.

Located on Sovereign Island off Paradise Point in Queensland, Australia, this glamorous private residence enjoys water views from most angles, making it ideal for bringing together friends and family. This inspiring room has recently earned designer Lee Hardcastle the title of 2013 KBDi ‘National Kitchen Designer of the Year’.

Multiple wine fridges sit behind a stunning marble block with an EcoSmart fire set into a front niche, creating a remarkable feature. “Flames are naturally intriguing and captivating, making the EcoSmart an admirable piece when entertaining or simply home alone,” Lee explains.

Although the fire is key to the space now, Lee says the kitchen design did not originally include an indoor fireplace; the space occupied by an EcoSmart XL900 burner was going to be filled with a television. “I wanted to create a more relaxing and inviting space, somewhere free of antisocial devices such as a television,” he explains.

“I put forward the idea of the EcoSmart Fire to bring more warmth and character into the room. I believe fire is engaging and inviting.”

The client absolutely loves their new kitchen, especially the fire – something Lee is very pleased about, since his theory that because fire is a primal element for cooking, this marries in ideally with a kitchen.

“I recommended EcoSmart for this project because of its quality and reliability; each part of this kitchen uses premium components, and therefore the fireplace had to be of equally high calibre to achieve satisfying results,” says Lee. “The longevity, compact dimensions and other specifications of the EcoSmart product also appealed to us.”

The statement ‘Grigio Carnico’ marble block which surrounds the EcoSmart Fire was introduced later in the design process, as the owners of the home originally requested an all-white kitchen. Determined to incorporate a touch of natural texture and colour, Lee suggested the use of this material to enhance the appearance.

Created in 2012, the kitchen has clean, architectural lines and is fresh and sophisticated in its design; an extremely complex kitchen to construct, appliances are skillfully integrated throughout. These include Swiss-made V-ZUG appliances and quality fittings, which are key to the overall look and operation of this new space. The unique ‘Staron’ bench top seamlessly coves into a splashback, contouring the fixed angle of the wall mounted exhaust.

“The entire process was full of challenges!” says Lee. “There is nothing overly unusual about the materials we have used, it’s simply the way we have used them that makes this kitchen something special. Pleasingly, the EcoSmart fire was actually the easiest part to install!”

We'd love to hear from you whether you have a specific query or an idea you want to discuss.

Thanks! We received your enquiry. We'll have the best person connecting with you.
We aim to get back to you in under 24 hours - if this timeline doesn’t suit your immediate needs, please do not hesitate to contact us by phone +61 (2) 9997 3050.
Look Book #5

EcoSmart fires have been installed in residential and commercial settings all over the world. 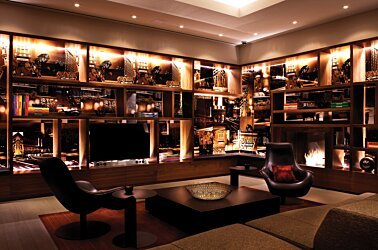 Manhattan Mood Located in the heart of one of the trendiest and most expensive areas of New York City, 1 Union Square caters to those living the high life. So when Peggy Leung, owner of Peggy Leung Design, was asked to create a private lounge for the apartment block, she knew it had to be the epitome of elegance and style. 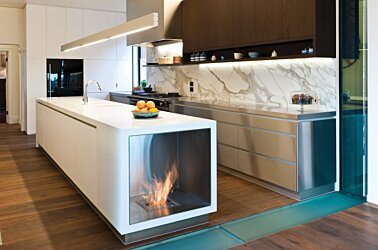 Creative Kitchen EcoSmart Fires grace living rooms, dining rooms, lobbies, bars, restaurants, al fresco areas of all styles – and now the global trend for the award-winning range of EcoSmart Fires – the leader in bioethanol fires – is to incorporate them into kitchen spaces. 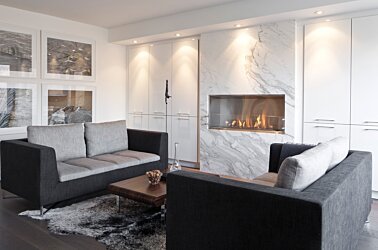 Eclectic Minimalism One of the biggest challenges faced by modern designers is achieving the delicate balance between form and function. 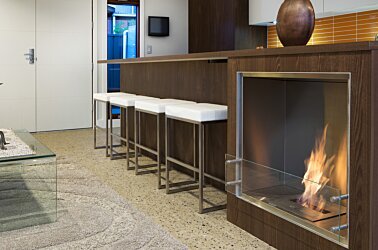 Healthy Home In amongst a cluster of new townhouses in the Adelaide suburb of Lochiel Park is a completely sustainable, zero-carbon, zero energy home; although, just by looking at them, you would be hard pressed to guess which one it was. But that’s the idea, says Paul Hendy, director of TS4 Living, the company behind the design and construction of this remarkable house. 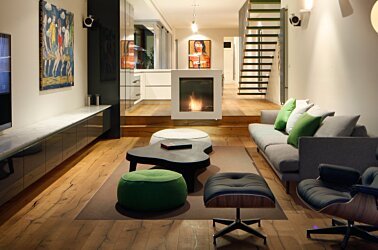 Kitchen Kinship One a makeover of an entire home for a modern man, the other a kitchen renovation of a family residence that speaks of old-school elegance – and the element of fire was used to complement the designs of each house in a unique way. 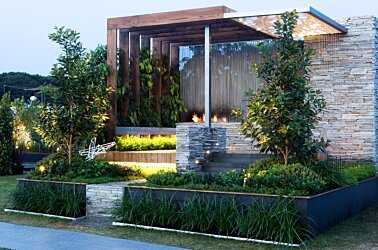 Award Winning When Peta Donaldson, director of Natural Design, was tasked with creating an entry for the 2012 Australian Garden Show in Sydney, she knew she wanted to use natural elements to enhance the outdoor experience while maximising space. 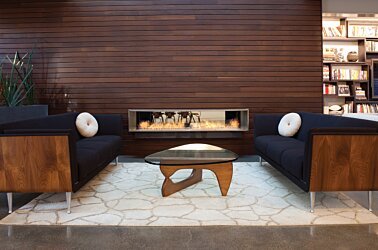 Clean Living “Good design is eco-design.” It’s a principle that has well and truly been brought to life in the home of American journalist Lisa Ling, known best as host of Our America and as a former host of The View. Designed by Marco DiMaccio, principle designer at PUNCHouse Design Group, this residence has become the first ever energy neutral home in Santa Monica, California, with two EcoSmart XL900 burners amongst the more visible eco-friendly technologies incorporated. 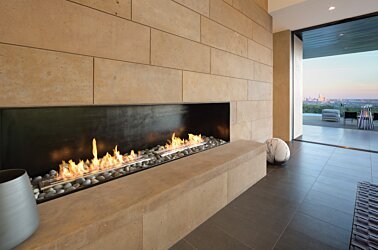 City Skyline Contemporary, open and innovative, this home was created as a reflection of the progressive American city it overlooks. An open plan combines indoor and outdoor living, and brings areas for dining, cooking and relaxing together to build the heart of the home. Jon Luce, the builder of this amazing house, says the main living space reflects exactly how modern people live. 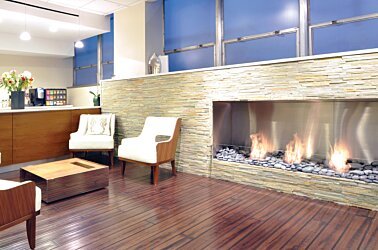 Healing Environment Creating a sense of warmth and comfort within a state-of-the-art cancer treatment center in New York was a key focus for architect Jeffrey Berman – and the inclusion of an EcoSmart Fire helps provide a soothing, healing environment. 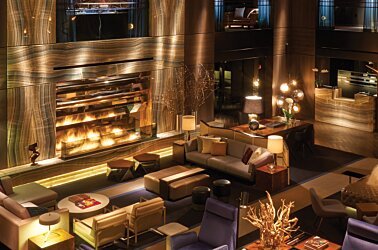 Dramatic Entrance The centrepiece of the lobby of the Paramount Hotel in the heart of New York’s theatre district could be described as ‘dramatic’, with a superb combination of three XL burners and polished stainless steel sheets.
Contact Us Our team of fire specialists can clarify
any questions you may have.

Business Programs Exclusive programs designed to fit the
needs of our valued partners.

Downloads Designed to inspire and assist you
with the product selection

Why Flex? A great interview that explains
the main benefits of Flex.

Yes! We got your message. Our team
will get back to you soon.